Is this thing on?

Hello, It has been 2 years, 2 months, and 4 days since my last confession.  I wonder if some of you are still there.  In my mind your RSS alert systems just came to life after years of inactivity- not unlike those tape reels in the bottom of a bunker somewhere in an ’80s movie.  Silence…a red light begins to blink…a whirring sound…the tape reels spin…a Kenny Loggins song starts…

I think you get it.

So, where have I been for approximately 794 days?  Nation building!  As some of you know/knew I had a child.  What you don’t know is that Sab and I had another child shortly after Macy was born.  Her name is Rebecca.  She arrived 13 months after Macy.

I have been busy trying to create the next American Women’s Tennis Champion or Greatest Tea Party Hostess (they are interchangeable at this point) and making Rebecca giggle.  Its a full time job.  The best job.  So that’s where I have been.  Moving on…

Whats changed over the last 19,056 hours since we last spoke?  A few things actually…I will supply a short list.  You are welcome.

I am sure there were more events than those…however, I can not remember them right now.

This I will construct a more lucid post about something asap.  In the mean time, I am taking requests for topics.  In the comments, suggest a topic…or demand a topic.  I will write about it in my usual, hard to follow, grammatically incorrect manner. 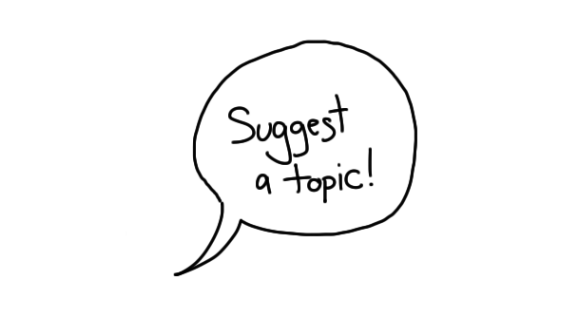 A message to the present and future

As my newest daughter is born, I speak for my generation. The “nameless.” The generation whose label is not only a mysterious symbol, but a sign of illiteracy as well. Generation X. I speak to the up and comers, the students of today, and those who are the target of 7 out of 10 commercials and 8 out of 10 television channels- Gen Y and the subsequent letter based generations that MAY follow. May my daughters heed these words of a member of the “Lost Boy” generation and have these word’s intent tattooed across their brains and serve as a reminder of their parents who lived it, who were it, and still manage to make the mortgage payments on time.

So, How can I say this with some adult like tact…Generation X is sick of your bullshit.
The first generation to do worse than its parents? Please. Been there. Generation X was told that so many times that it can’t even read those words without hearing Winona Ryder’s voice in its heads. Or maybe it’s Ethan Hawke’s. Possibly Bridget Fonda’s. Or maybe it’s John Cusack’s. Generation X is getting older, and can’t remember those movies so well anymore. In retrospect, maybe they weren’t very good to begin with.

But Generation X is tired of your sense of entitlement. Generation X also graduated during a recession. It had even shittier jobs, and actually had to pay for its own music. (At least, when music mattered most to it.) Generation X is used to being fucked over. It lost its meager, introduction to adulthood 401-K savings in the dot-com bust. Then came George Bush, and 9/11, and the wars in Iraq and Afghanistan. Generation X bore the brunt of all that. And then came the housing crisis that we helped fuel because of the boomers propaganda about “How it is.”

Generation X is a journeyman. It didn’t invent hip hop, or punk rock, or even electronica (it’s pretty sure those dudes in Kraftwerk are boomers) but it perfected all of them, and made them its own. It didn’t invent the Web, but it largely built the damn thing. Generation X gave you Google and Twitter and blogging; Run DMC and Radiohead and Nirvana and Jay Z. Not that it gets any credit.

But that’s okay. Generation X is used to being ignored, stuffed between two much larger, much more vocal, demographics. But whatever! Generation X is self-sufficient. It was a latchkey child. Its parents were too busy fulfilling their own personal ambitions to notice any of its trophies-which were admittedly few and far between because they were only awarded for victories, not participation.

In fairness, Generation X could use a better spokesperson. Barack Obama is just a little too senior to count among its own, and it has debts older than Mark Zuckerberg. Generation X hasn’t had a real voice since Kurt Cobain blew his brains out, Tupac was murdered, Jeff Mangum went crazy, David Foster Wallace hung himself, Jeff Buckley drowned, River Phoenix overdosed, Elliott Smith stabbed himself (twice) in the heart, or Axl got fat.

Generation X is beyond all that bullshit now. It quit smoking and doing coke a long time ago. It has blood pressure issues and is heavier than it would like to be. It might still smoke some hydro designer dope, if it knew where to get some. But probably not. Generation X has to be up really early tomorrow morning.

It’s a parent now, and there’s always so damn much to do. Generation X wishes it had better health insurance and a deeper savings account. It wonders where its 20s and most of its 30s went. It wonders if it still has time to catch up.

Right now, Generation X just wants a beer and to be left alone. It just wants to sit here quietly and think for a minute. Can you just do that, okay? It knows that you are so very special and so very numerous, but can you just leave it alone? Just for a little bit? Just long enough to sneak one last fucking cigarette? No?

Generation X is used to disappointments. Generation X knows you didn’t even read this whole post.

1) No matter how much you plan, someone named Murphy will screw it up 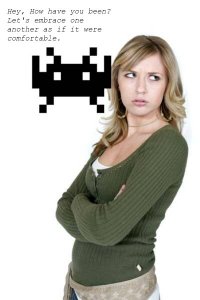 4) All people want 3 things:  Respect, Understanding, and whatever you have in your left back pocket

5) A good pen is worth its weight in gold and will be stolen,lost, or destroyed within 5 minutes of you discovering its true worth

6) People are thinking about you right now- the IRS, Donald Trump, and Dionne Warwick to name a few

7) You do not have enough money.

9) I love food and food loves me – that is why it hangs around so long.

11) If you make fun of a poor, homeless, or disadvantaged person around me expect to be humiliated- I have no patience for that

13) I have great parents

14) My daughter is perfect

16) I need to be more active, eat less, and pay more attention to “adult things” in order to prolong my life- or so I am told

* they all still work, how sad is that?

Confessions of A Pre-Middle Aged Man

As the days draw me closer to a bedpan, my body and mind are developing a list of things they really do not enjoy.  Here is a sample of the myriad things that make this  pre-middle aged man grumpy:

Where is my warranty?  I need see if I am still covered.

Posted in Funny, My World, parenthood

Apparently, everyone who has ever had a child, changed a diaper, or can spell “child” is an expert on the care of, not only their children, but YOUR CHILD as well – AND- they have permission to touch your child WHENEVER they want!!!

FYI:  This drives the wife and I insane.

Here are some scenarios that have actually happened! END_OF_DOCUMENT_TOKEN_TO_BE_REPLACED

… and the results are in!

Dethroning”Don’t put the babies in the Microwave” spoke by “person overheard in WalMart”, This year’s BABY TIP OF THE YEAR AWARD goes to…

The new lexicon for food. Food is not just “good” anymore.

Yesterday, I had a track back from Gigabiting.com and decided to check it out.  A post on the hatred chefs feel toward some customers had a link to my post on sushi chefs hating some customers on the bottom of it.  I really enjoyed the article that my post was linked to.  So, I read more.  As I was reading post after post, I realized that I was really enjoying the work.  Sometimes you happen upon a style of writing that feels comfortable and has your style of humor.  Gigibiting was that for me yesterday.  Over the dozens of posts I read in that one day, One post has stuck out above all the others.

This post touches on something that my wife and I laugh about often:  particularly while watching Iron Chef America, The Next Iron Chef, Top Chef, Top Chef Masters, etc.  – The new lingo that has been adopted by the food pundits (Mr. Steingarten in particular)  in an attempt to separate the viewer and judges.  Let’s face facts.  A  judges’ sole job on a food contest show is to tell the chef,cook, or home maker one thing:

Good or Not Good

Telling the preparer WHY is completely showing off.  (Most common:  “I need some more acid on the dish.”) I do not see the point in purposely making a distinction between the common viewer’s reality (who really can not relate to Donatella Arpaia’s critique of civiche) and the air put on by the “judges” on these shows.  The language they use is the only method they have to separate themselves from “somebody who is eating Michael Symon’s custard.”  This is only made more apparent when a celebrity, (a non-food world celebrity who happens to own 12 restaurants) like Keyshawn Johnson is put in as a “judge” on Iron Chef America.  He commented on an avocado mousse with the eloquence of a common food eater by saying  “It looks mushy.”  I get it.  I understand that.  I am sure that Alan Richman threw up a little in his mouth when Keyshawn said that.  It is a ridiculous practice that goes to ridiculous lengths- but i watch it none the less.

Here is the post from Gigabiting.com that got me thinking about this.

They are trendy or inane, over-worked or over-wrought, misused and abused. These are the words that grate on our nerves.

Wheat Thins artisan crackers? (Can’t you just picture them painstakingly rolled out and hand-cut by the master bakers of Kraft Foods Global, Inc.?) How about artisan flatbreads from DiGiorno’s Frozen Pizza? Like you’re back in the piazza in Naples. And pre-washed and bagged artisan salads? We’re not sure how lettuce can be artisanal, but leave it to Fresh Express, a wholly-owned subsidiary of Chiquita Brands, L.L.C., to figure it out.

It’s true that a well-mixed drink is the result of a kind of happy alchemy. But bartending as a scientific discipline? We don’t tip the guy that runs the particle accelerator at the FermiLab, and we aren’t looking for the next Appletini that will cure cancer.

Let’s add to the list any word that sounds like it was coined in a nursery school (crispy, yummy, comfy, et al.).

Toothsome; mouth-feel; authentic; playful; sauces that are napped; and dishes that are tucked into— does anybody speak like this? Can we make them stop writing like this?