I hoped it would get better – but it didn’t.

Texas schoolchildren will be required to learn that the words “separation of church and state” aren’t in the Constitution and evaluate whether the United Nations undermines U.S. sovereignty under new social studies curriculum.

In final votes late Friday, conservatives on the State Board of Education strengthened 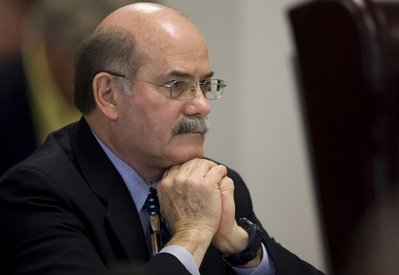 requirements on teaching the Judeo-Christian influences of the nation’s Founding Fathers and required that the U.S. government be referred to as a “constitutional republic” rather than “democratic.”

The board approved the new standards with two 9-5 votes along party lines after months of ideological haggling and debate that drew attention beyond Texas.

The guidelines will be used to teach some 4.8 million students for the next 10 years. They also will be used by textbook publishers who often develop materials for other states based on those approved in Texas, though Texas teachers have latitude in deciding how to teach the material.

U.S. Education Secretary Arne Duncan said after the votes Friday that such decisions should be made at the local level and school officials “should keep politics out” of curriculum debates.

“Parents should be very wary of politicians designing curriculum,” Duncan said in a statement.

But Republican board member David Bradley said the curriculum revision process has always been political but the ruling faction had changed since the last time social studies standards were adopted.

“We took our licks, we got outvoted,” he said referring to the debate 10 years earlier. “Now it’s 10-5 in the other direction … we’re an elected body, this is a political process. Outside that, go find yourself a benevolent dictator.”

GOP board member Geraldine Miller was absent during the votes.

The board attempted to make more than 200 amendments this week, reshaping draft standards that had been prepared over the last year and a half by expert groups of teachers and professors.

As new amendments were being presented just moments before the vote, Democrats bristled that the changes had not been vetted.

“I will not be part of the vote that’s going to support this kind of history,” said Mary Helen Berlanga, a Democrat.

At least one state lawmaker vowed legislative action to “rein in” the board.

“I am disturbed that a majority of the board decided their own political agendas were more important than the education of Texas children,” said Rep. Mike Villarreal, a San Antonio Democrat.

In one of the most significant curriculum changes, the board diluted the rationale for the separation of church and state in a high school government class, noting that the words were not in the Constitution and requiring students to compare and contrast the judicial language with the First Amendment’s wording.

Students also will be required to study the decline in the U.S. dollar’s value, including the abandonment of the gold standard.

The board rejected language to modernize the classification of historic periods to B.C.E. and C.E. from the traditional B.C. and A.D., and agreed to replace Thomas Jefferson as an example of an influential political philosopher in a world history class. They also required students to evaluate efforts by global organizations such as the United Nations to undermine U.S. sovereignty.

Former board chairman Don McLeroy, one of the board’s most outspoken conservatives, said the Texas history curriculum has been unfairly skewed to the left after years of Democrats controlling the board and he just wants to bring it back into balance.

Educators have blasted the curriculum proposals for politicizing education. Teachers also have said the document is too long and will force students to memorize lists of names rather than learning to critically think.